You can also play Conflict of Heroes over a local network (LAN) using a TCP/IP connection without using the in-game lobby and forum. First, decide which player will host the game. This player should follow the procedures outlined under Hosting a TCP/IP Game below. After the hosting player has set up the server and is listening for connections, the other player should follow the procedures outlined under Connecting to a TCP/IP Game below.

If you select a custom firefight (using Game Menu-->Load Game), make sure your opponent has an identical copy of that firefight installed in his custom firefight directory. (See Using Custom Firefights for more information.) 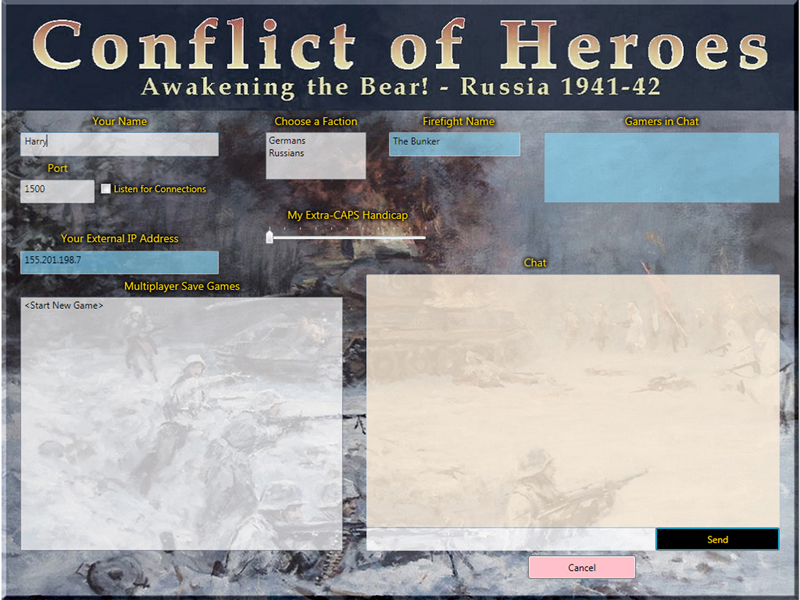 Connecting to a TCP/IP Game

Select “Remote Game Client” from the main menu in order to connect to another computer running a TCP/IP game server (as described above). 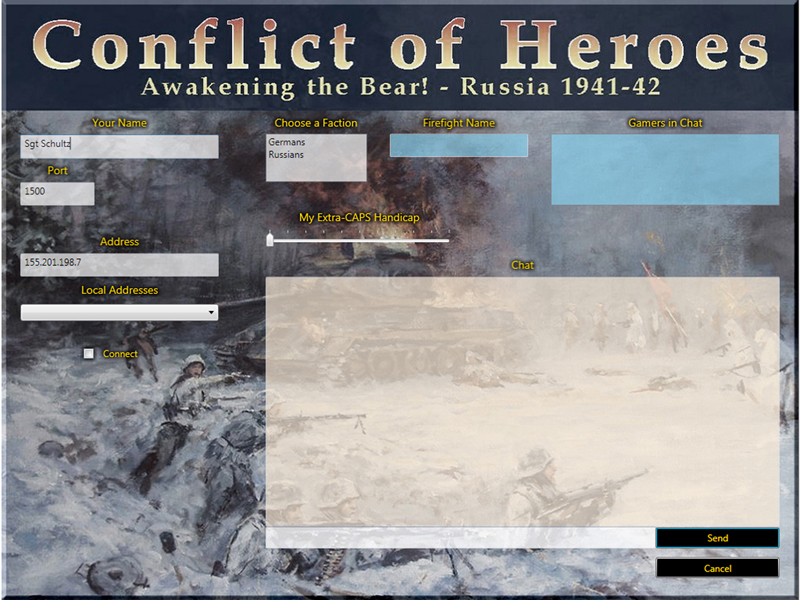 The other boxes in the remote game client are described above under Hosting a TCP/IP Game.

When either the server or client player selects the option to save the game, the program will attempt to create a save file on both computers. The save file is named automatically, the name being constructed out of the name of the firefight, the names of the players, and the current turn and move number. You should receive a confirmation message on your screen after the game saves successfully.

Multiplayer save game files are located in the folder (My)Documents\Western Civilization Software\Conflict of Heroes – Awakening the Bear\Save\MultiPlayer.

Use <Tab> during the game to open a chat window to type a message for the other player.