Conflict of Heroes: Awakening the Bear is a tactical wargame of platoon-scale engagements set in the Second World War, played either head-to-head with other players or against the in-game AI. 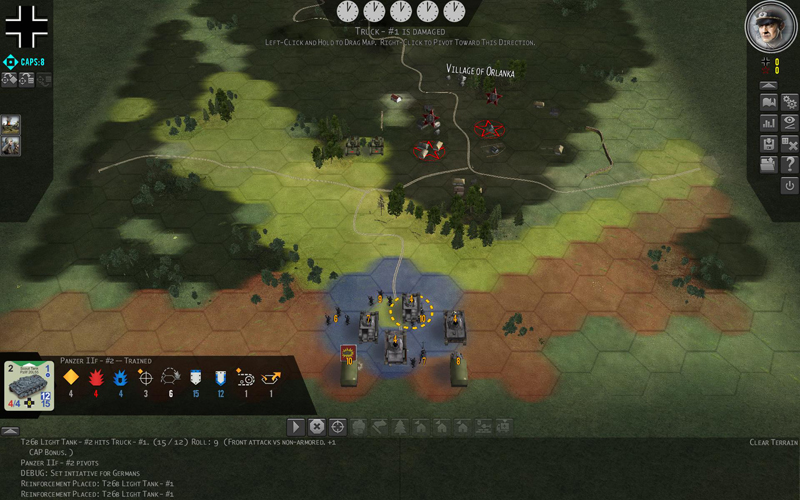 Each unit in the game represents a squad of infantry, a crewed gun, or a vehicle, taken from the historical armies of Germany and the Soviet Union. Each engagement is presented as a firefight with specific objectives: capturing a hex, destroying enemy units, and so on, each of which is worth victory points (VPs). During each firefight, players use their units to battle for these objectives, earning VPs. 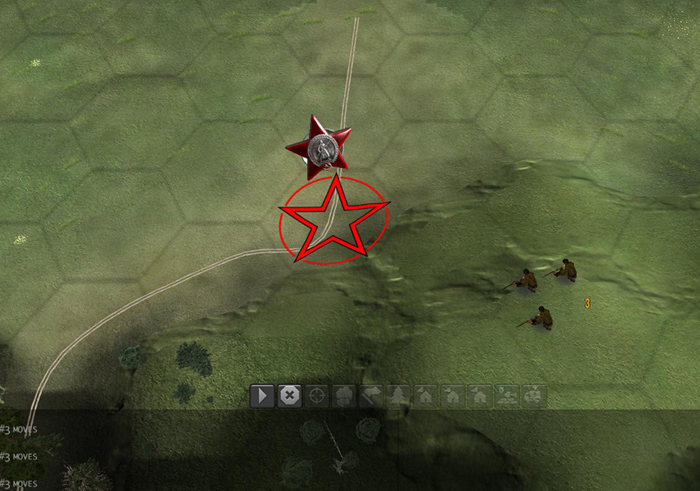 Each firefight lasts a fixed number of rounds; in each round, players alternate taking turns. During each of his turns, a player may take an action with one of his units. All units receive a certain number of Action Points (APs) at the start of every round. Each action costs APs, and a unit takes actions by expending these action points.

A round of play continues until both players pass turns consecutively. At this point the round is over and the next round begins.

The side with the most VPs at the end of the game wins. A player can lose most, or even all, of the units under his command, but still win the game if he has met his victory conditions by achieving enough of his specific objectives, and has more VPs than his opponent. Victory conditions are listed in the firefight orders screen, which is opened by clicking on the image of the commander. 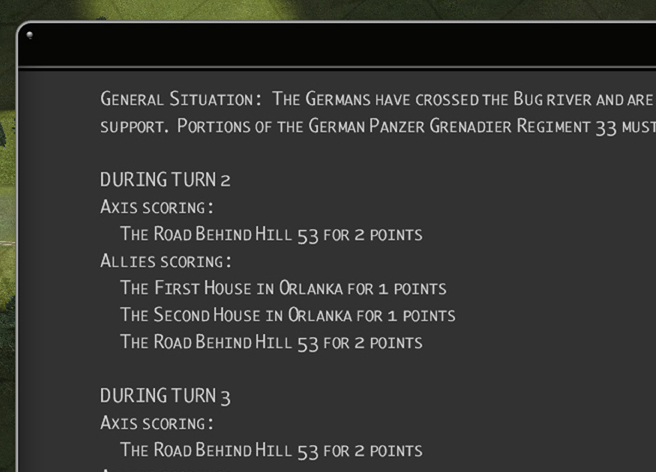 Combat results are determined using either a set of virtual dice, or by rolling a real pair of dice in front of a webcam. This optional, proprietary feature gives the player the ability to play Conflict of Heroes with the feel of a traditional dice-and-board wargame. See the Dice Camera document for details.